Travelling by coach in 1890 by Major A.G. Leonard

Arthur Leonard commanded “E” Troop of the BSA Company Police which was stationed at Fort Tuli, so he did not accompany the pioneer column into Mashonaland. Here is his description of the journey from Kimberley starting on the 4th May 1890 in a post cart which began at the post office with seven other passengers, a driver and leader and over a ton of luggage and mails.

Of the passengers, one was abnormally stout, another enormously tall, a third a living skeleton, while the rest of us were of the ordinary run of average humanity. The cart had room enough for two to travel with tolerable comfort, and four with a certain amount of discomfort, but nine of us, were a trifle too much for it,  packed sardine fashion or squashed into pulp like mashed turnips.

However, after much glaring and inward criticism of each other, we were soon on speaking terms. I was wedged in-between two extremes. On one side the stout man taking up the whole seat; on the other the skeleton jammed against the side of the cart and I was in the middle of it. Never has a pancake undergone the flattening process more vigorously, and what awful salient, in the shape of elbow and knee-joints which ran into me like blunt razors. 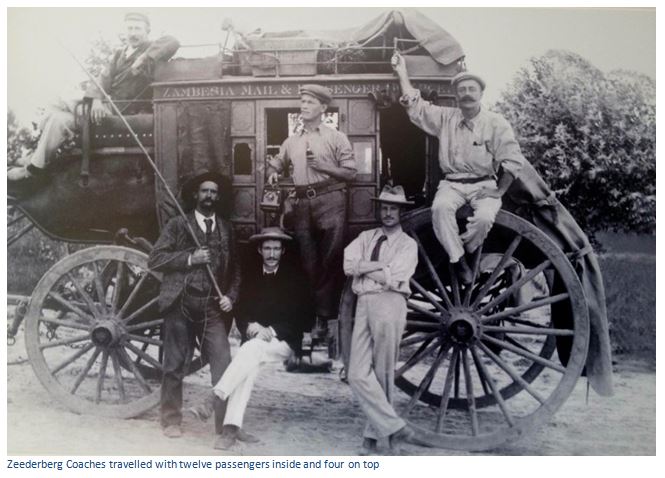 The bottom of the cart was strewn with small boxes and parcels, and I found my knees on a level with my chin, but where my feet were stowed heaven alone knew, except occasionally when a terrific attack of pins and needles reminded me very forcibly of their actuality. I will spare you further detail, except to say that never in the whole course of my life have I received such a jolting. The country was flat and uninteresting and the places we passed through – Barkley West, Taungs and Vryburg were small and miserable and they reached Mafeking on the morning of 7th May.

Here Sir Fred Carrington briefed on us what was going on – little more than I learnt in the secretary’s office in Kimberley, which was practically nil. Indeed, the prevailing ignorance of the country and of things in general is astounding. After six hours, which consisted of trying to clean ourselves and running about all over Mafeking seeing various people and securing stores, we learnt our reduced party of five passengers were to go the next one hundred eighty kilometres over hilly country in a smaller cart. We had not driven many miles before we found that we had jumped from the frying-pan into the fire

Not only was the cart smaller, but its springs were broken, and to make matters worse, bolstered up by blocks of wood. Oh our poor nerves! How we trembled in anticipation at every stone and stump we saw in the road – and their name was legion – and when we struck, which was frequently, curses and imprecations thickened the air. Speaking for myself, never, while memory lives, shall I forget those jars and bumps. Our teams were now composed of mules – for the horses had long since succumbed to the deadly horse sickness – and wonderfully surefooted and nimble they were, especially in the dark, whilst it was a marvel to all of us how on earth the drivers managed to keep to the road, such as it was, during the night.

After Kanya, we resumed our journey, but we had not driven on half a mile, when a small rock proved too much for us, and over we went. Luckily no one was hurt…that evening we reached Molepolole… and the following morning Mashindi’s. On again, for we never stopped more than two hours at an outspan and the evening overtook us at Lonetree Pan and we drank tea brewed out of the very muddy water of the pan with a relish that would have amused our London Club friends. 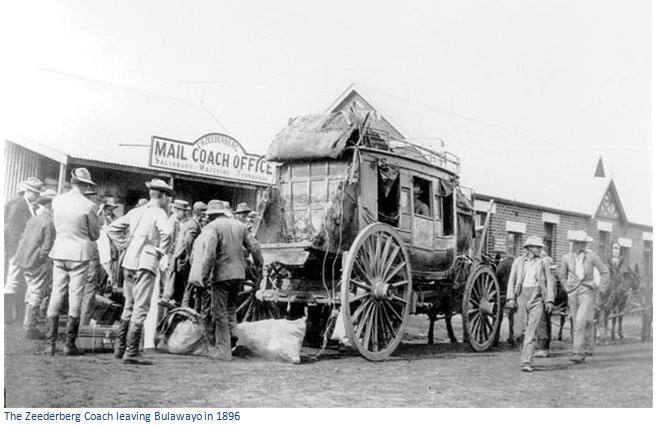 That night was the worst we experienced…as the road was strewn and studded with boulders and stumps, broken also by ravines and undulations innumerable. Sleep all along had been out of the question, but some of us had been able to snatch five minutes nap over a level stretch, but the bumping and jolting was simply terrible, and to add to our misery, the driver, who had been over seventy hours in harness, kept falling asleep from sheer exhaustion. But like everything else it came to an end, morning found us at Miller’s store, while by dusk we arrived at Notwani unction, on the Crocodile River.

Here we were turned into a still smaller conveyance, a kind of Scotch cart with a canvas hood to it. We were still seven, not atoms, but shreds of humanity, what was left of us. The stout man alone seemed to have retained his substantiality, but the skeleton was thinner than ever…as for me, I felt more like a letter-bag that had been sat upon with a vengeance, and the others resembled parcels and packages that had been flattened beyond recognition. However, get in and get on we did, but this time with bullocks instead of mules, and at a steadier, if slower, pace. The next morning, as we turned round a bend in the road, we were delighted to see, patches of white that turned out to be the tents of the Pioneers who are concentrated here at Cecil camp, close to the Crocodile River, where they did us a good breakfast.

The morning of the 13th May found us at Pilapwie. The huts were only native built, and far from luxurious, but Messrs. Harman and Moffat made up for it by their excessive kindness. I was shown into a hut and a bath given me. Oh! The luxury and the joy of that tub, the first since leaving Kimberley; for water was scarce at Mafeking, and we had only been able to get a wash down; while on the road the stoppages had been so short, and the cold so intense, that every available moment was snatched by us for food and sleep. 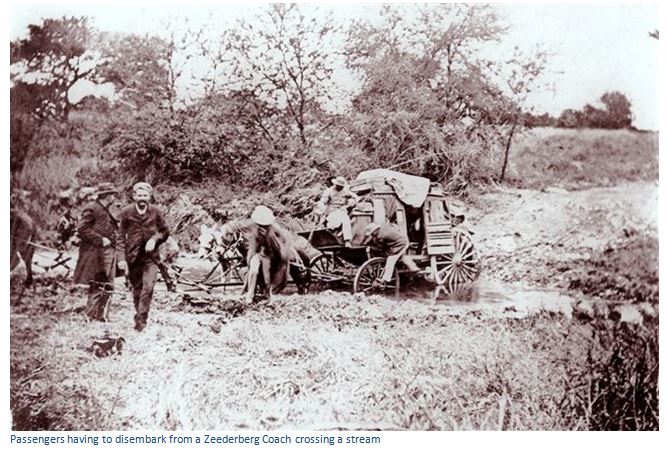 Major A.G. Leonard. How we made Rhodesia. Books of Rhodesia. Bulawayo. 1973

When to visit:
Historical background to the area
Fee:
Not applicable
Category:
Historic
Province:
Matabeleland South